A devoted family man, local attorney, and lifelong Republican, Christian Miele is running to be the next State Senator for District 34, which encompasses the Harford County communities of Bel Air, Abingdon, Joppatowne, Edgewood, Belcamp, Perryman, Aberdeen, and Havre de Grace.

Now, Christian wants to pass an even larger tax relief package by eliminating 100% of the state income tax for Maryland retirees 65 and older. He will also introduce a series of tough-on-crime bills to hold repeat violent offenders accountable, as well as champion legislation to protect the rights of our law enforcement officers in Maryland. Christian backs the blue!

Named one of the "Top 25 Rising Stars" in the Maryland Republican Party, Christian will continue fighting political corruption and one-party rule in Annapolis and will introduce legislation to establish term limits for members of the General Assembly. He will also sponsor legislation to better secure our elections. Requiring a photo ID for voting is common sense. In the State Senate, Christian will fight to make it law.

Every time there was an opportunity to keep you free and your family safe, he was there. In his four years as a State Delegate, Christian never missed a single vote! He will bring that same commitment to the State Senate.

Christian Miele earned bachelor's and master's degrees from Towson University and his law degree from Emory University. While in law school, he was named editor-in-chief of the Emory Corporate Governance and Accountability Review, an academic journal he co-founded. Christian was admitted to the Maryland Bar in 2017 and is also admitted to practice before the United States District Court for the District of Maryland and United States Court of Appeals for the Fourth Circuit.

Christian is an active member of several professional and civic organizations, including the Bel Air Lions Club and Republican Alliance of Harford County. He lives in Bel Air with his wife, Dr. Jessica M. Miele, a lifelong Harford County resident and graduate of C. Milton Wright High School. Christian and Jessica have two small children. 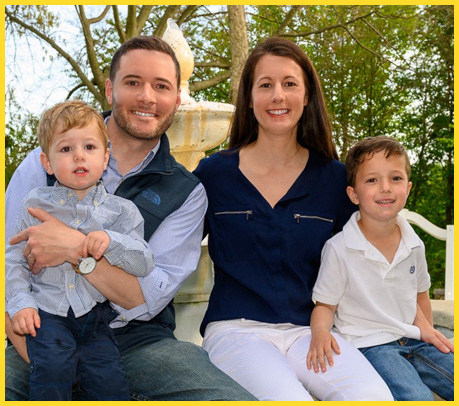